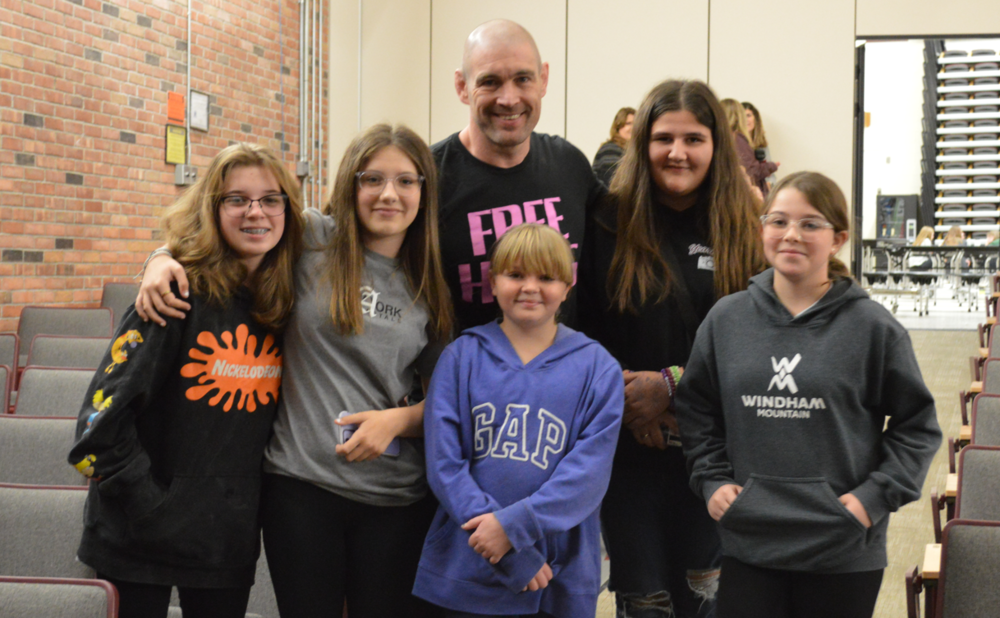 An amazing duo of cape-less superheroes emerged upon Greenville Middle School to show students and educators how they can spread HOPE (Hold On, Possibilities Exist!) during the school year — and beyond.

Sweethearts & Heroes is a student empowerment and empathy activation team that prevents bullying and suicide. The team gave a profound, engaging presentation that called for HOPE, Empathy, and Action.

Students learned about the purpose of BRAVES, which is to use the power of human connection, acceptance, and behavior modeling to become Sweethearts & Heroes. They also participated in a “Bully Drill” - think of a fire drill, but for bullying. Students learned the ABCs of standing up to a bully and used role-play to put what they learned into practice.

Sweethearts & Heroes did an incredible job offering our students a new perspective on bullying, and how to combat it. Sometimes it’s not what you say, but how you say it. Tom and Rick brought HOPE to our students in a unique way and showed them the importance of holding on to the possibilities that exist.

The team consists of Tom Murphy and Rick Yarosh. Murphy is the director and co-founder. Yarosh is a retired U.S. Army sergeant, HOPE expert, and motivational speaker who was burned severely while serving in Iraq.

“We’re thrilled to be working in schools for the 2022-2023 school year, and we’re honored that our friends and colleagues in Greenville have invited us to their district,” said Murphy. “The most recent national data tells us that student anxiety and hopelessness are still on the rise — a trend that was escalating before COVID hit — so our work in schools is crucial.”

For more than 15 years, Sweethearts & Heroes has presented what Murphy calls “‘the ‘stop, drop and roll’ of bullying” to more than 2 million students in school districts from New England to Hawaii. Murphy and Yarosh also tailor their presentations and workshops for businesses, non-profits, and civic groups. Murphy said, “We go where we’re needed. That’s what heroes do.”